It hasn’t been a really good couple of weeks for me or Johnny.  This morning I had to reformat the laptop that I use most of the time, and even after that nothing worked right.  I think it’s a goner.  I got 5 years out of it, so I will put it aside and use my backup.

This morning I had to make a decision that I hoped I wouldn’t have to make for a while.  The Vet determined 3 weeks ago that Johnny was developing arthritis in his hips.  At that time he was about 12 pounds.  Today he weighs in a just over 9 pounds.  He has been having trouble getting up on the couch, and he’s had just as much trouble getting down.

This morning I woke up at 4 AM to find him lying on the floor at the end of the couch.  I watched him for a minute, then I had to get down and check to see if he was still breathing.  He was, but he is getting weak.  I also found that he is starting to lose fur in big clumps.  He’s been throwing up a lot over the past few days, and today I’ve had 4 instances where he urinated outside his litter boxes.  I looked at his eyes this morning and there is a tinge of yellow.  I know what that means.

Johnny has been with me for 14 years.  I can’t bare the thought of losing him, but I can’t bare to let him suffer either.  So on the 3rd of February, I am taking him to the vet to have him put down.  The vet asked if I wanted to do it today.  I guess that I’m being a bit selfish, but I wanted to spend one more week.  The thought of this is really killing me.

Misty and Johnny meant more to me than anything in the world.  Most of the time, I would rather spend my time alone with them than any of the people I know.  They have been the center of my universe, and they changed my life in ways that I can’t even begin to put into words.

Some days Johnny seemed like he was fine.  Then things started to go down hill.  I heard him crying in the bedroom where he usually hides out.  I went to check on him.  He was coming out of the bedroom and he was dragging his hind legs behind him.  At this point I started to wonder if the end wasn’t getting close for my little guy.

I’m going to miss my little best friend.  I’m going to try to enjoy the last few days, and try to make them as good for him as I can.  I’ll probably stuff him full of kitty treats.  I don’t think that I will ever get used to being without him.  I probably won’t be too long behind him. 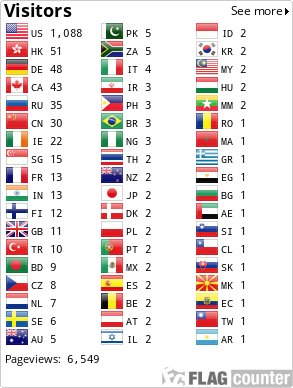